Torii gates are widespread. From the floating one at Miyajima (probably the most photographed), the mountainside covered in thousands (ten thousand estimated) of them at Fushimi Inari to the largest one in the world at Kumano Hongu on the Kii peninsula.

Being largely mountainous there are plenty of hillsides and valleys full of trees. In spring cherry blossom (e.g. Mount Yoshino) and plum blossom (e.g. Mito) are hugely popular while the same thing occurs in the autumn particularly for the Ginkos.

These are either pilgrimage routes (the Kumano Kodo is one of only two on the UNESCO list – the other being the Camino de Santiago) or post routes such as the Nakasendo. All routes are very well signed, well-travelled and visit interesting places such as shrines, villages or viewpoints. Bus services connect various entry points so you can walk a section one way quite easily.

Twenty years ago you couldn’t easily take a selfie but now everyone does it. Diagonal pedestrian crossings at major junctions are quite common but Shibuya is the Daddy so you have to don’t you?

Takayama, Otaru and the Kiso Valley post towns are good examples old style Japan.
And then there is Nagoro in the Iya Valley on Shikoku island. It is quite remote (feeling even more so) and is only accessed  by some narrow and twisty roads.  Its claim to fame is the hundreds of scarecrows dotted around the village making it oddly creepy especially in autumn.

Like most countries Japan has plenty of museums on offer although not too many have got around to providing information in English. Castles sometimes include a museum of artefacts of the area while many of the older towns on the tourist route have historic houses open for visitors. Sapporo has some good examples including the Hokkaido Historical village - an outdoor museum of buildings from other eras (another good one is the Hida folk museum, Takayama), the old government building which has a museum of Hokkaido history and a little about the Ainu, the Hoheikan historical building and, of course, the Sapporo brewery!

The interiors of many historic palaces and castles contain some fabulous artworks.

Being Japan there are also so slightly oddball museums that you can stumble upon. The glass museum in Toyama is a good example.

This has to be mentioned because these hillsides in central Hokkaido, covered in brightly coloured (mainly pink and white stripes) moss phlox flowers, appear in publicity posters and brochures everywhere.

Japan has just about everything there is going when it comes to shopping. All the usual up market brands can be found in districts like Ginza, Tokyo and, somewhat surprisingly, the department store continues to flourish in Japan with the Daimaru and Isetan chains being good examples. There is nearly always a full size department store to be found in the station area of every Japanese city with all the usual departments including 'gifts' see elsewhere. There are also plenty of consumer electronics department stores to be found everywhere including EDION, BIC Camera and Yodobashi, featuring floor after floor of every possible item of consumer technology. Japanese supermarkets follow a similar pattern to those in the west even if the goods on display inside don't! Self catering for a couple of days can be fun if you don't mind experimenting with ingredients or going completely 'off piste'.

One common feature of large towns or small cities is the covered arcade. They are usually wide enough to drive a car down (we did once when we got completely lost in Kumamoto although you are not really supposed to) and can sometimes extend for many blocks. These arcades comprise largely smaller retail outlets as well as food & drink and are a welcome refuge when the weather turns wet - as it often does. 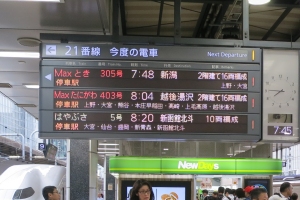 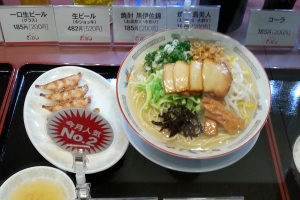 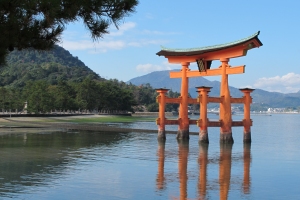 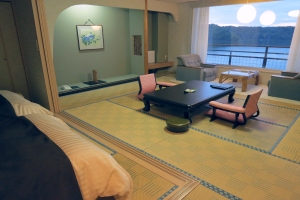 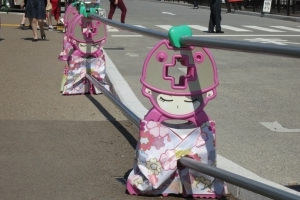 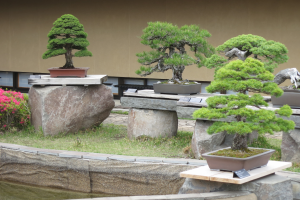